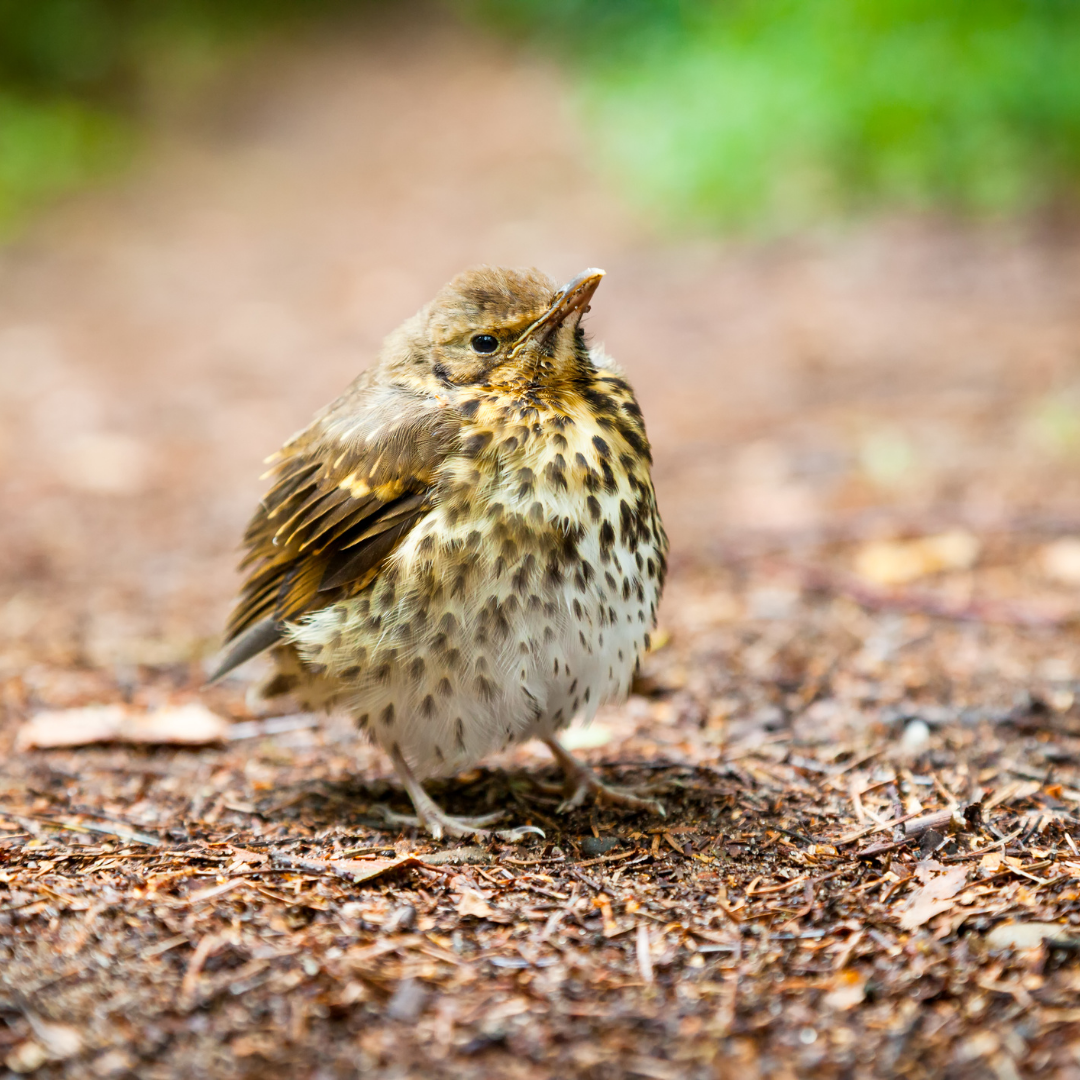 One of the highlights of the summer bird season is seeing the first juvenile birds emerge from their nests. In spring and summer, it’s typical to see young birds sitting on the ground or hopping around without their parents.

These young birds are called fledglings and they are at least 13/14 days old. The fledglings can have short wings and tails meaning they have not mastered flying just yet. But they can walk, hop, and flutter around. You may find them down low or on the ground, after they leave their nest, not to worry though, their parents are nearby even if you can’t see them.

How to tell the difference between an adult bird and a fledgling?

Sometimes it can prove difficult to spot the differences as fledglings may be the same size as their parents when they leave their nest but there are some things you can look out for. Don’t depend on fluffy feathers to indicate the age of the bird. Feathers on an adult bird can be fluffy too, especially after they have a wash and fluff them up. You can look for behavioral cues to tell the difference. Young birds may be noisier when calling to their parents and they can be less fearful of humans as adult birds.

How to tell the difference between a nestling and a fledgling?

If a young bird has a lack of feathers or has a fluffy down it is most likely a nestling. Nestlings can sometimes fall out of their nests. If the location of the bird’s nest is known, it can be possible to return them to their nest if they appear strong and healthy. However, parent birds can sense when one of their chicks is dying or sick. In this case, they will push the nestling out of the nest to allow them to focus on their healthy chicks.

Should I help a fledgling on the ground?

Interfering with fledglings can cause more harm than good. It may appear as though the bird has been abandoned. Their parents are most likely watching from nearby or collecting food. You should leave them where they are so their parents can find them. If the young bird has a full covering of feathers, they most likely left the nest on their own and should be left alone as their parents are nearby looking after them.

In a situation where a fledgling is in a dangerous location such as a busy road, it would be best to move them to a safer spot. Ensure you move them as close as possible to where they were found so they can hear their parents call.

Removing a fledgling from the wild will reduce their chances of survival and is not recommended. However, it is a last resort if the fledgling is injured or has definitely been abandoned by its parents.

So, if you do come across a fledgling here’s some things you can do:

To read more about nesting season in Ireland click here, or to donate to help us protect and support animal welfare by clicking here!